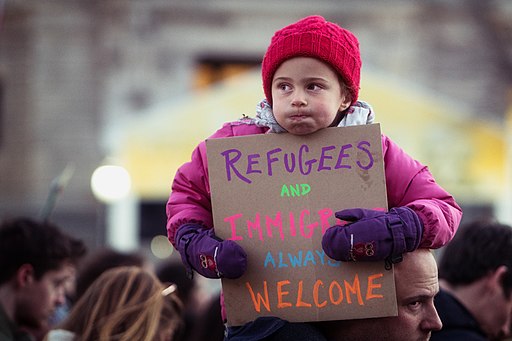 Family Separation: We've been talking about it on this blog and throughout the country for months. Back in June 2018, the Administration said they would stop separating families who come to the US border. But in March, the New York Times reported that more than 200 children were removed from their families since the court ordered the practice to end. Parents and children are held in different facilities and even different states. Meanwhile, thousands of children separated from their parents before the court order took place still have not been reunited.

Take Action:
Public Charge: On October 10, the Department of Homeland Security issued a new change to the public charge rule, which looks at how using public benefits affects a person's application to become a legal permanent resident (LPR) of the US. Essentially, this change means that using public benefits programs could make someone ineligible for legal residency in the country (read more here). Protecting Immigrant Families is reporting that the changes could come as early as this year. They also highlight a proposed change in the federal budget that would increase immigration filing fees by 10%.

Changes to SSA Determinations: The Social Security Administration (SSA) introduced a rule removing the “inability to communicate in English” from categories they consider when determining whether or not a person qualifies for disability. This change could result in many immigrants being denied access to supports that they need.

Shut Down Berks: Families are still being held at the Berks County Detention Center in Pennsylvania despite ongoing petitions to Governor Wolf and others about the conditions at the Center. Rewire News recently published an article on families in isolation at Berks, while PRI's The World covered it last year.