The Governor's Budget for Pennsylvania

By PathWays PA - February 05, 2019
We're heading into another budget season - time to break out the spreadsheets and charts!

Governor Wolf presented his budget today with a focus on education and jobs, with what both sides described as a bipartisan outlook or at the very least places where both parties could find agreement. Overall, the budget increases spending by 4.2% (or $1.4 billion) compared to last year. Nearly $300 million would go towards increased education spending for K-12, special education, and state universities.

Governor Wolf also proposed a higher minimum wage, raising the current rate of $7.25/hour to $12/hour by July and then increasing the wage over time until it reaches $15 in 2025. The last time the minimum wage increased in Pennsylvania was when the federal government increased the wage in 2009.

Here are some of the articles we've been reading on the budget:


Below is our analysis of the selected line items. We encourage you to reach out to your legislators and let them know what you think of the Governor's budget. 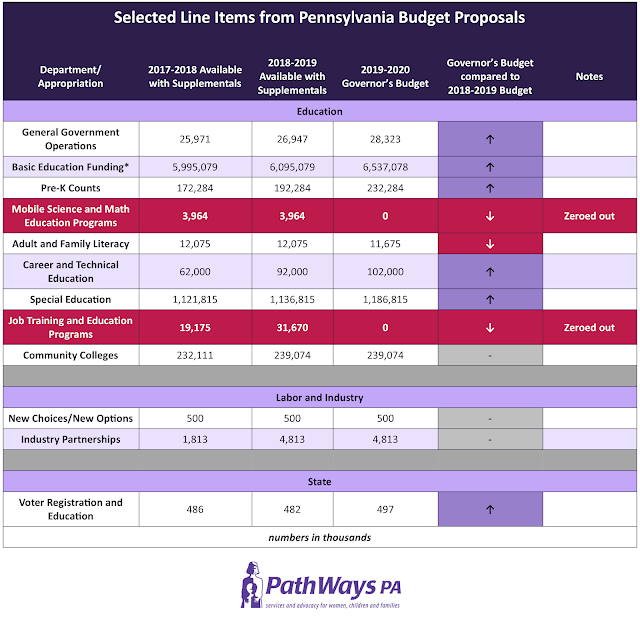 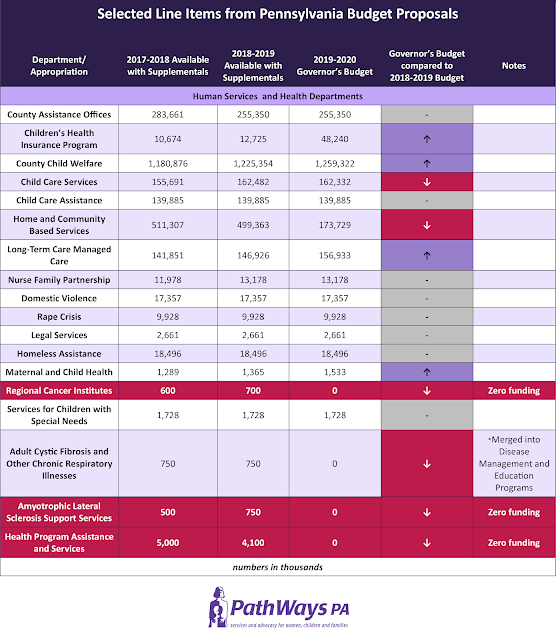