We Still Need to Make Calls on Work Requirements 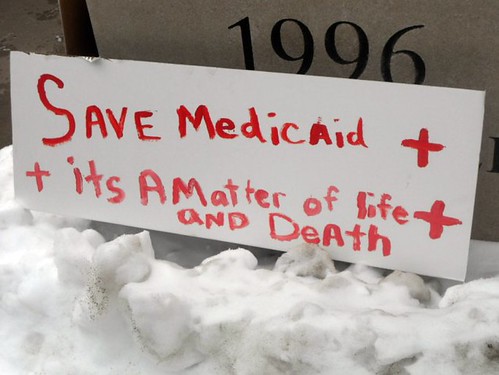 From our friends at PHAN

The PA House passed HB 2138, the bill that would force families and individuals who rely on Medicaid to file endless paperwork to prove that they work or are exempt from the law. If there's an error, people could be locked out of Medicaid for months at a time.

Not only would this cruel bill strip more than 85,000 of their health coverage, it would cost Pennsylvania taxpayers $3.4 billion over 6 years just to create new red tape for folks who rely on Medicaid. (You can read more about the bill in our post from mid-April.)