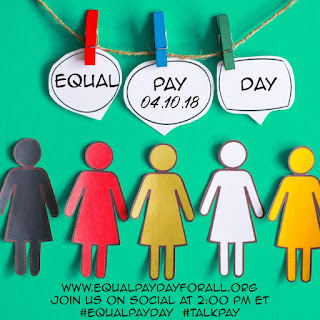 On April 10, we "celebrate" Equal Pay Day, the date when women's earnings catch up with men's earnings from the previous year. And, in an era where mothers are increasingly the breadwinners in a family, we need equal pay now more than ever.

42% of families rely on mothers to earn at least half of their families' wages. An additional 22% are considered "co-breadwinners," which means they bring in at least a quarter of the money seen by a family in a given year. When these mothers - or anyone - is underpaid, the entire family suffers.

Women and their families aren't the only people who lose out due to the wage gap. People of color, with the exception of Asian men, consistently earn less than white men when examining median hourly earnings. LGBTQ individuals are more likely to face wage inequality than their heterosexual counterparts. Workers with disabilities earn $0.63 for every $1.00 earned by their non-disabled colleagues.

So yes, we still need to achieve Equal Pay. Here are some things you can do.