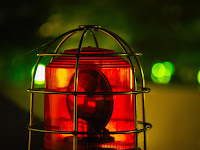 And if you're not saying the same thing about the Senate healthcare bill, you probably should be.

After negotiating for over a month behind the scenes, the Senate healthcare bill is ready to see the light of day. And, despite saying that the House healthcare bill was "dead on arrival" in the Senate, they've done a pretty good job of resuscitating it. (See a chart from NPR here comparing the ACA, the AHCA, and the new Better Care Reconciliation Act.)

Medicaid: Medicaid is the largest government health program in the country. It covers about half of all births in the US, and provides insurance to nearly 40% of all children. Under the Affordable Care Act (ACA or Obamacare), states could choose to expand Medicaid to more low-income families.

The House version of the American Healthcare Act (AHCA) would roll back that expansion and completely change the way Medicaid gets funded. Instead of states receiving federal funds for each qualified person on Medicaid, the AHCA would give each state a block grant and let the states make up any difference in costs.

The Senate version slows the phaseout of Medicaid Expansion in comparison to the House bill, but ultimately seeks to end the program. In the process, Medicaid payments to states will grow smaller than even those proposed in the House, forcing states to choose between cutting people from their programs or finding new revenues to cover healthcare costs.

Pre-existing Conditions and Essential Health Benefits: The Senate bill requires insurers to provide coverage to people with pre-existing conditions at the same rate as those without. However, it continues to let states waive mandatory coverage for essential health benefits. If states opt for those waivers, people may find themselves with insurance that doesn't cover all of their healthcare needs.

Cost: Under the ACA, some people qualified for subsidies to lower the cost of their health insurance. The new plan would keep those subsidies but lower the income limit as of 2020. Both versions allow insurance companies to charge older people more for healthcare - up to five times the rate charged to younger people. Under the ACA, companies can only charge three times as much. A Congressional Budget Office (CBO) score, which will show the overall costs and benefits of the bill, will be released next week.

Taxes: Taxes used to fund the ACA and some parts of Medicaid would be repealed under the law, including making "a capital gains tax cut for the affluent" retroactive to this year.

A vote on the bill is expected next week. We'll be providing more information as we hear it, but in the meantime, here is what you can do (thanks Community Catalyst for this list).
Please make the calls, talk to your legislators, talk to each other, and help US healthcare get out of the emergency room.