Showing posts from March, 2017
Show all

Repeal and Replace Up for a Vote This Week 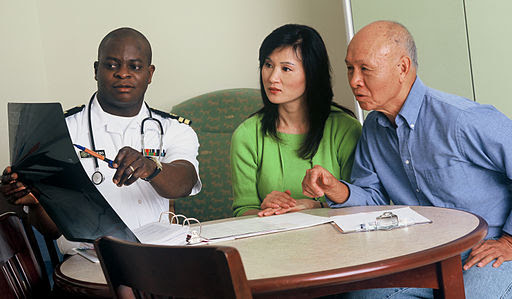 We published our first blog post on the Affordable Care Act (ACA) on August 17, 2009. Now, almost eight years later, the House of Representatives is set to vote on legislation that would repeal and replace the ACA with a new law - the American Health Care Act (AHCA).

Here's what we know about the AHCA:
It would make comprehensive changes to Medicaid: Additional money to states (such as Pennsylvania) that accepted Medicaid Expansion, which allows more people to get their insurance through Medicaid, would end. The entire funding mechanism for Medicaid would change, with states receiving a capped amount of funding regardless of how many people qualify for the program. Recent reports indicate that states may be able to impose a work requirement on "able-bodied individuals" applying for or using Medicaid.Under the AHCA, Medicaid could no longer be used at Planned Parenthood clinics. These clinics provide birth control, mammograms, and other types of reproductive care in addit…
Post a Comment
Read more

The President's Budget: Winners, Losers, and What's Next

Other programs to be eliminated include the Corporation for National and Community Service, which runs AmeriCorps and other community service programs, the Corporation for Public Broadcasting,  and more than 50 programs in the EPA. You can read a full list via The Washington Post.

So what's next? Congress will begin holding hearings on the President's budget before drafting their own budget resolutions. They may follow the President's re…
Post a Comment
Read more
More posts