Showing posts from June, 2015
Show all

Pennsylvania Budget is Moving Forward, But...

Over the weekend, Pennsylvania legislators remained in session so they could work on the state budget, which is due June 30. The current budget vehicle has passed the House and is now in the Senate. That being said, Governor Wolf is prepared to veto the budget if it arrives on his desk in its current form, which would send negotiations into overtime.

The proposed budget presents a sharp contrast to the Governor's budget, which relies on new revenue including a gas severance tax, an increased personal income tax and increased sales tax. The budget making its way through the Senate, by contrast, shows new revenue from privatizing state wine and liquor businesses and by moving some payments into FY17.

Below are some of the line-items in the budget and how they compare between the Governor's and Legislature's proposals. You can learn more at http://pennbpc.org and http://www.pennlive.com/pennsylvania-budget. You can also see factsheets comparing the budgets by district at http…
Post a Comment
Read more

One of the best public/private partnerships, Industry Partnerships for Workforce Training, help ensure Pennsylvania's industries and workers have the necessary skills to compete in the global economy.

Industry Partnerships (IPs) are coordinated efforts between the state, industries, and local workforce investment boards that target the needs of regional industry clusters. The role of IPs is to identify skill gaps and other workforce needs of the targeted industry sector and to oversee the design and delivery of services to meet those needs. IPs aim to improve job quality by educating workers in skills that pay well and are in short supply, by helping managers learn from each other in adopting competitive human resource practices that improve job quality and career advancement, and by launching training and career initiatives. Since 2005, more than 100,000 Pennsylvanians have participated in Pennsylvania's well-regarded IP programs. 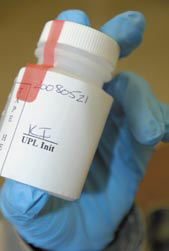 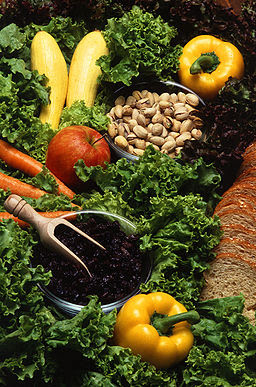 House Bill 222, which previously would have imposed a lifetime ban for all people convicted of drug felonies from receiving SNAP/food stamp benefits and other forms of public assistance, has been amended in response to public outcry.

Unfortunately, the redrafted bill remains flawed at heart. The bottom line is, access to such basic subsistence such as food should not be banned once someone has completed their prison sentence. While HB 222 now exempts domestic violence survivors with a documented "judicial adjudication" of abuse, this still leaves out the majority of survivors of domestic violence, sexual abuse, and human trafficking. Amendments have also decreased the lifetime ban to 20 years, an empty promise for those wanting to rebuild their lives upon release from prison or completion of a drug treatment program.

Because there will be a vote this week or early next, prompt action must be taken to stop this flawed bill from becoming law. You can make sure your voice is he…
Post a Comment
Read more 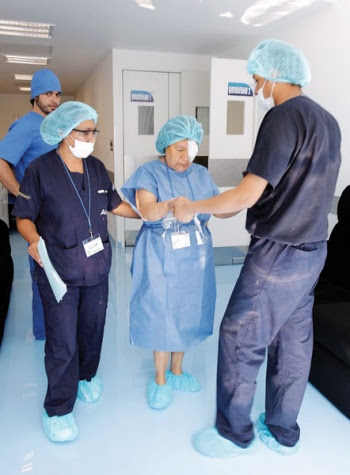 King v. Burwell was decided on today by the United States Supreme Court, essentially allowing the Affordable Care Act (ACA) to survive by upholding that ACA subsidies should be available in states that don't have their own exchanges. This allows an estimated 6.4 million Americans to keep the tax subsidies that help them afford health coverage.

The key question of the case centered on whether or not the federal government had the right to create an insurance market to help low-to-middle income Americans buy health insurance. Challengers in the case argued that the legislative language of the law only allowed for subsidized insurance in states that set up their own insurance exchanges, and not allowed in states that relied on the federal marketplace. Thirty-four states currently rely on the federal marketplace - including Pennsylvania.

Keep Equity In Our School Athletics! 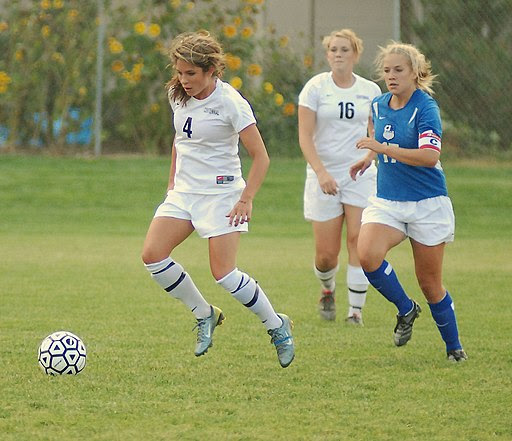 The Equity in Interscholastic Athletics Disclosure Act, passed in 2012 with strong bipartisan support, created a working gender-equity law that requires public secondary schools (grades 7-12) in Pennsylvania to report basic information about their school-sponsored athletic programs once a year. These reports have revealed that Pennsylvania school districts are shortchanging their female students by failing to provide them with sufficient athletic opportunities in proportion to the percentage of female students enrolled.

According to Women's Law Project, gender gaps in athletic participation are as big as 18.72%. This law causes the state and communities to face the facts of gender discrimination, data that is otherwise easy to cover up with social constructs.

If passed, HB 1112, which came up for a vote in the Education Committee today and was re-committed to the House Rules Committee, could threaten the gender equity law. HB 1112 specifies that the Department of Education suspend…
Post a Comment
Read more 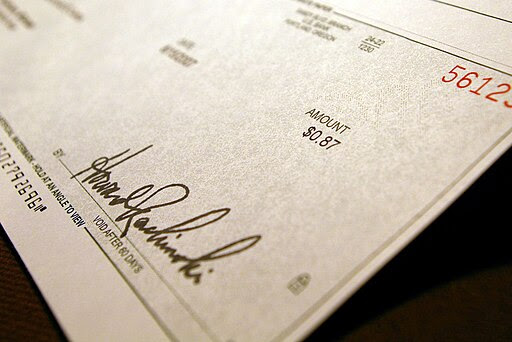 A payday loan is a small, short-term loan typically due on the borrower’s next payday. Instead of specific assets, the borrower is required to provide the lender access to their bank accounts as collateral, forcing repayment to take priority over important living costs such as rent, health or childcare. Interest rates for payday loans are much higher than secured loans, easily shooting up to triple digits (300-400%).

The payday lending industry argues that high rates are necessary as conventional interest rates for lower dollar amounts and shorter terms are not profitable. However, there is no definite way of calculating the annual percentage rate (APR) that is used in turn to calcu…
Post a Comment
Read more

Ask your Representative to Co-Sponsor the GIRLS STEM Act! 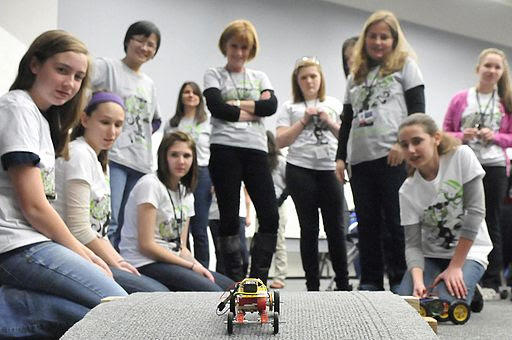 On April 30th, 2014, Congressman Jerry McNerney (CA-09) introduced the Getting into Researching, Learning and Studying of Science, Technology, Engineering, and Mathematics (GIRLS STEM) Act, a bill that would establish a program at the U.S. Department of Education to ensure that more female students have access to and participate in STEM education and training. This program would provide grants to local educational agencies that develop plans to encourage young women to study STEM, educate parents about STEM opportunities for their children, provide training and mentoring opportunities for students, and prepare secondary students for college STEM programs.

"When women succeed, we all succeed. With more women in STEM jobs, we'll help grow our economy and make sure we're competitive with the rest of the world," said Congressman McNerney, who is a mathematician and wind energy engineer himself.

The Gender Pay Gap Is Real - So What Can We Do About It? 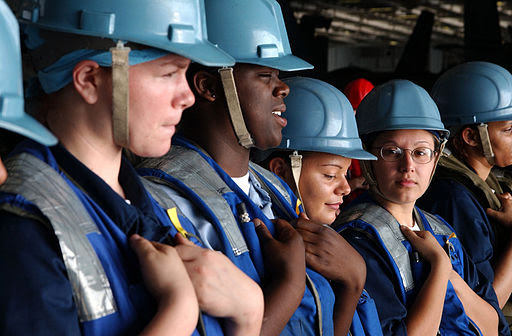 The American Association of University Women (AAUW) has released the 2015 edition of their guide, "The Simple Truth about the Gender Pay Gap."

After accounting for college major, occupation, economic sector, hours worked, months unemployed since graduation, GPA, type of undergraduate institution, institution selectivity, age, geographical region, and marital status, AAUW found that only one year after graduation there was a 7% difference in the earnings of male and female college graduates that could not be explained. This gap only increases with time and age.

Women also experience other barriers in the workforce, such as the "mo…
Post a Comment
Read more 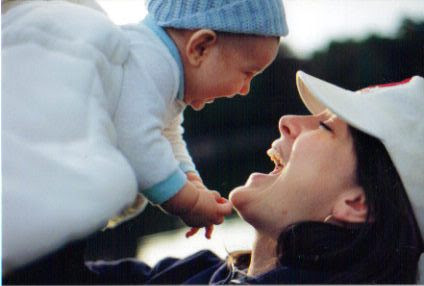 Pennsylvania's House of Representatives may consider a bill that would amend the Public Welfare Code and reinstate a lifetime ban against accessing public assistance for most people with felony drug convictions. This legislation casts too wide of a net and has unintended consequences.

While House Bill 222 is intended to target large-scale drug traffickers, survivors of domestic violence and human trafficking who have been convicted of drug charges as a result of their abuser's control over them, or those charged with possession with intent to deliver small amounts of drugs, would also be affected.

The benefits that these survivors (and their children) would need in order to break free from the control of their abusers would be denied - including Temporary Assistance to Needy Families (TANF) and food stamps. People currently experiencing domestic abuse most often cite financial instability as the reason for their decision to stay with or return to their abuser. Therefore, for m…
Post a Comment
Read more

How Much Does It Cost NOT To Provide Paid Leave? 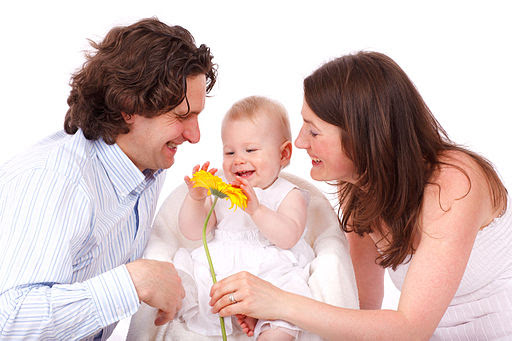 The Center for Law and Social Policy (CLASP) and the Center for Economic and Policy Research (CEPR) have updated their turnover calculator for employers.

In many cases, employers often don't understand just how inefficient employee turnover can be.

Businesses incur costly expenses through the processes of searching for and assimilating their employees into the workforce, not only due to the actual cost of details such as background checks and training, but also due to the loss in productivity while new employees learn their jobs.

Because of this, many businesses have realized that it is in their interest to improve work place conditions and implement worker protections to reduce turnover - protections such as earned sick days and paid family and medical leave.

Still, 39 percent of workers still lack paid sick days while an incredible 87 percent of civilian workers do not have access to paid family leave. Without worker protection, employees can lose their jobs if they take time of…
Post a Comment
Read more
More posts