Showing posts from October, 2014
Show all

What is it?
SNAP is a federal benefit program that puts food on the tables of low-income households. SNAP recipients in Pennsylvania use an Electronic Benefits Transfer (EBT) card, also known as ACCESS. This card works like a debit card and can be used at grocery stores, supermarkets and some farmers markets. SNAP benefits buy food items or seeds and plants to grow your own food.

Do I qualify?
The SNAP program will look at all kinds of factors to determine your eligibility, like whether you have an elderly or disabled person living in your household, your savings account, medical bills, etc. Eligibility is also based on monthly income and expenses.

Volunteers Needed to Mobilize Voters through Vote for Homes

Looking for ways to help get out the vote before November 4? Join Voter for Homes for their final voter mobilization training and for phone banking!
From our friends at Vote for Homes The FINAL voter mobilization training date and time is:Friday, October 31st, 9:30am - 11:30am; Project HOME, 1515 Fairmount Ave., Philadelphia 19130 We also need volunteers to help us call voters and remind them about the election, and to transport voters to the polls on Election Day.Volunteer Opportunities:
Phone Bank, Thursday, October 30th, 5:30pm - 8pm (Mental Health Association of Southeastern PA, 1211 Chestnut St.)Phone Bank, Sunday, November 2nd, 5:30pm - 8pm (Project HOME)Phone Bank and Rides to the Polls, ELECTION DAY, Tuesday, November 4th, 8:30am - 8pm (Project HOME) Vote for Homes is an ongoing effort to mobilize voters by supporting the voting rights of people who are low-income, homeless, living with disabilities, or formerly incarcerated. 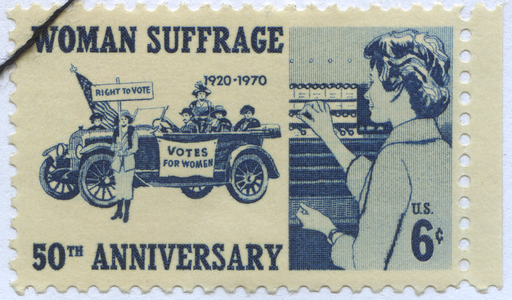 Don't forget to go to the polls on November 4! Your vote matters more than ever, especially when it comes to the policies that affect women, girls, and families like the ones we serve every day.

Who is Running for Office?
On November 4, you will be able to vote for candidates running for Governor, the State Legislature, and the US House of Representatives. There may also be special ballot questions and local elections. You can look at a sample ballot for your polling place at SmartVoter.org.

Webinar Today: New Polling on Attitudes and Perceptions of Hunger and Public Policy

By MB - October 27, 2014
From our friends at FRAC.
New Polling on Attitudes and Perceptions of Hunger and Public Policy
Date: Monday, October 27, 2014
Time: 3 p.m. ET
Register here The Food Research and Action Center (FRAC) and Tyson Foods recently conducted a poll to measure attitudes and perceptions on hunger and its solutions among voters. Join us for a webinar to go over the findings, which show that Americans firmly believe hunger is a serious issue facing the nation, that its impact is widespread, and that government is key to solving it.

The data reveal striking findings on American attitudes and perceptions of hunger, showing that many people either have recently experienced hunger themselves or know someone who has. Specifically, the call will discuss what the new polling data tell us, and how advocates and others concerned about hunger and its adverse effects can use this information to raise awareness of the problem, and knowledge of and support for nutrition programs, particularly child nutrition…
Post a Comment
Read more 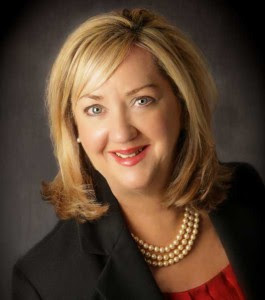 Catherine Sennett, Esq., Announced As Award Recipient At Philadelphia Business Journal's Women of Distinction
PHILADELPHIA, PA - Philadelphia Business Journal announced that Catherine Sennett, Esq., PathWays PA’s Board Secretary, has been selected as a 2014 Women of Distinction award recipient. Sennett will be recognized along with the region’s most dynamic women on Tuesday, November 18, 2014 from 5:00pm to 8:30pm at Vie, a Cescaphe Event Group Venue, 600 N. Broad Street, Philadelphia, PA.

"I am so excited to be named along with such talented individuals," said Sennett about receiving this prestigious award. “Philadelphia Business Journal’s Women of Distinction highlights the skill and expertise that so many of our region’s women bring to the workplace each day.”

In addition to Sennett’s work as a partner at Jackson-Cross Partners, LLC, she also makes time to serve at organizations whose mission she supports, such as PathWays PA. “The work of Path…
Post a Comment
Read more

Support PathWays PA Through Your Workplace! 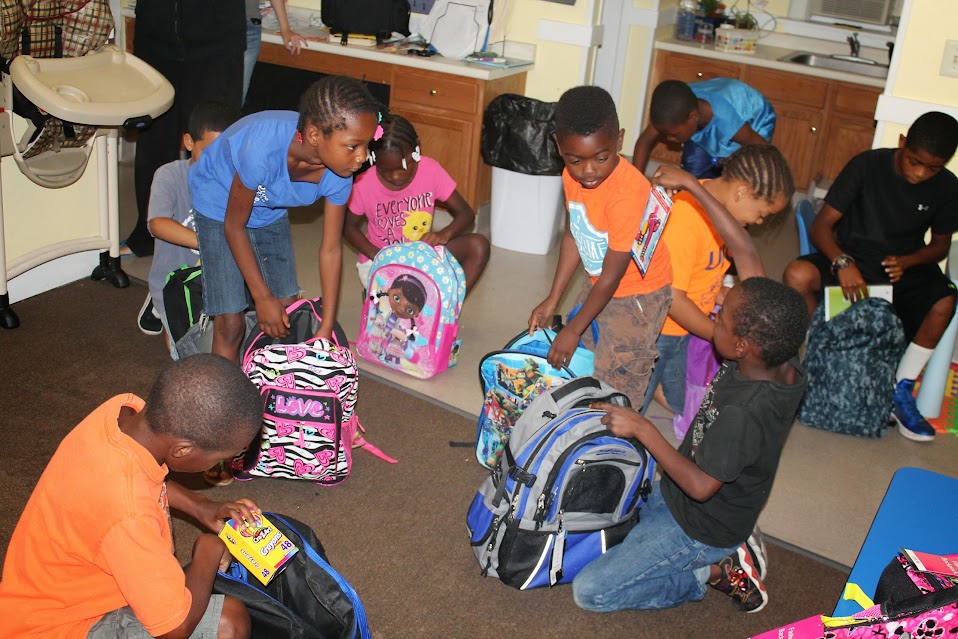 If you participate in any of the following workplace giving programs, please consider using your money to support PathWays PA. Here is the information you might need. Please feel free to contact us with any questions!
United Way of Greater Philadelphia and Southern New Jersey: 01619Combined Federal Campaign: 16357Pennsylvania SECA: 4113-0006Penn's Way Campaign: Designate UWGPSNJ and our United Way number, 01619 Don't have a workplace giving program? You can donate directly to PathWays PA at https://npo.justgive.org/nonprofits/donate.jsp?ein=23-2001837.

To submit your resume online, click here. Please remember to indicate the position you’re applying for with your resume.

The Chester TLP Life Skill Counselor will have a BSW or a Bachelors degree in a related field with at least two years experience providing direct services to individuals and/or families. The Life Skills Counselor will be responsible for delivering direct face to face services to clients both in an in home setting as well as in the office and/or commercial/community space. The Life Skills Coordinator will provide weekly self esteem groups and life skills enhancement groups as well as weekly individual case management sessions. The Life Skills Counselor will attend appointments with clients sporadically as needed or as directed. The life skills counselor must be available by cell phone at all times and be available to work weekends and evenings as necessary. This is a full time, exempt positio…
Post a Comment
Read more

Homelessness is an issue that we see often at PathWays PA. Our residential programs work with homeless families and girls to give them an opportunity to stabilize their lives.  As this policy brief from People's Emergency Center shows, the need for such services is growing.

This policy brief, based on reports from the National Center for Homeless Education, the United States General Accounting Office, and the Pennsylvania Department of Education, shows that the number of children and youth experiencing homelessness has now exceeded 1.26 million.

Some of the other findings include:
In 2013 19,459 children and youth in Pennsylvania experienced homelessness.The number of homeless students enrolled in pre-kindergarten through 12th grade increased nationally by 8% between 2011-12 and 2012-13 school years.Most homeless students are living doubled up with other families, not in shelters or in the outdoors. Read the full report here. 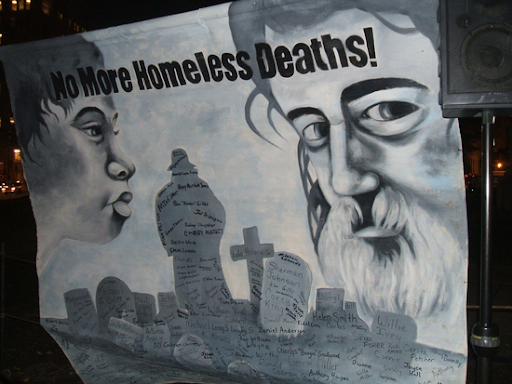 Project HOME is beginning to collect names of the homeless who have passed away and will be remembered this year.

Please start collecting those names, and pass them, along with all helpful information, to Kaitlyn Snyder at kaitlynsnyder@projecthome.org or 215-232-7272, ext. 3031.

Celebrate National Work and Family Month with a Facebook chat about the need for paid family and medical leave this Thursday, 10/23 from 1-2 pm.

The chat will be co-hosted by the National Partnership for Women & Families, MomsRising, CLASP, Family Values @ Work, and Working Mother magazine, on behalf of the FAMILY Act coalition.

#WeTweet Wednesday: Send a Message to Congress with a New Site 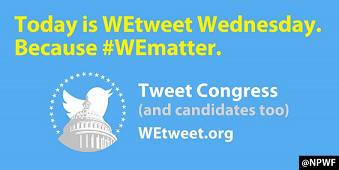 From our friends at the National Partnership for Women & Families: Nearly every member of Congress uses Twitter (and most candidates do too). That is why the National Partnership for Women & Families has created this new tool and website – www.WEtweet.org – which offers an easy way to find and tweet at elected officials and those running for office.

Visit www.WEtweet.org, pick the issue that matters most to you, enter your zip code, and then send tweets directed at your members of Congress and candidates.  Please join on us on Wednesday, October 22nd, on what we’re calling “WEtweet Wednesday,” in an exciting day of action!

Together we can send a clear message to those who seek to represent us: Women matter. Women’s equality matters. #WEmatter.

Check out the site and see how easy it is to tweet your support for fair pay, paid family and medical leave, paid sick days and other issues that matter to women and families. We hope you will share this exciting new tool with your frie…
Post a Comment
Read more

Tax Season is Around the Corner - We Need Volunteers!

Free tax preparation is supplemented by an extensive mobile tax program that brings these services to employer sites, community centers, public transportation sites and childcare facilities. The VITA program provides tax filers with tools and strategies that focus on using their refund to build year-round stability to achieve financial goals.

Preemption Threat Over, But Domestic Violence Bill Still Needs You! 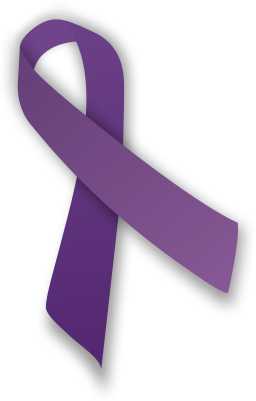 Last night, Senator Hughes made a motion to revert HB 1796 to a prior printer’s number, eliminating the preemption amendment. The motion passed 26-22. Please take a moment to thank everyone who voted to help end the threat of preemption!

Thank you to everyone who made calls and spoke to their legislators, and a special thanks to our anti-domestic violence advocates and PCADV in particular.

The saga of HB 1796 continues, however. This bill, which passed unanimously in the House and was set to sail through the Senate until the preemption amendment was attached, is now marked as "over" for the day. In other words, the Senate doesn't plan to vote on it today, and since this is the last day of the session, it is the last day for votes. Unless we take action now, we will have to start over with this bill in January.

(h/t to our friends at Community Legal Services)

The Consumer Financial Protection Bureau (CFPB) is getting ready to issue rules that could end payday lending nationwide. Payday, car-title, and high-cost installment loans with annual rates of 300% or more can put borrowers in an impossible (and unpayable) position.

You can sign on today to a letter that will ask the CFPB to make a strong national rule that will help families everywhere. The letter is available at https://docs.google.com/forms/d/1JqUV_bXRrk7-AcnUmdvZ6E0F64q6hxvFmugAd34ud2Y/viewform. Sign ons are accepted until 5 PM today, October 16.

As the letter states: "It’s time to end the scam and put rules in place that will end abusive practices and slam shut the debt trap." Let's work together to make that happen.

If you have been a victim of payday or predatory lending, or if you need help escaping other debt traps, PathWays PA can help. Our Financial Path$ program offers financial education workshops and indiv…
Post a Comment
Read more

Call Your Senators NOW About HB 1796! 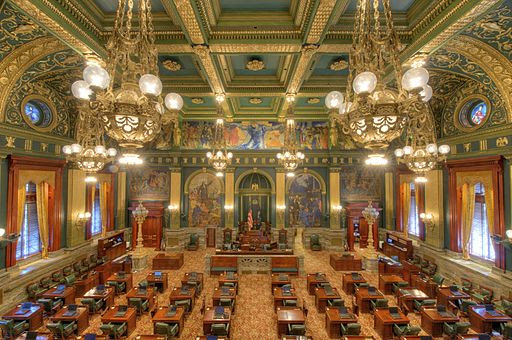 It's the last day of planned voting in the PA Senate, and HB 1796, a common-sense bill designed to protect domestic violence survivors from being evicted from their homes, is about to be amended to include pro-gun legislation.

We probably don't need to tell you that a gun is the most common weapon used in domestic homicides.

This legislation is being added to a bill that has already been amended to include anti-paid sick days language, yet another provision that would harm domestic violence survivors as well as many families across Pennsylvania.

Please call your Senators NOW and ask them not to approve HB 1796 with these amendments! They are in session as we speak and need to hear from you RIGHT NOW.

From our friends at The Women's Law Project:
Sponsored by Rep. Todd Stephens, HB1796, titled "Protection for Victims of Crime from Certain Municipal Ordinances" was drafted in response to a situation so outrageous that it gained national attention. T…
Post a Comment
Read more
More posts