The Senate has a Second Chance to Raise the Minimum Wage 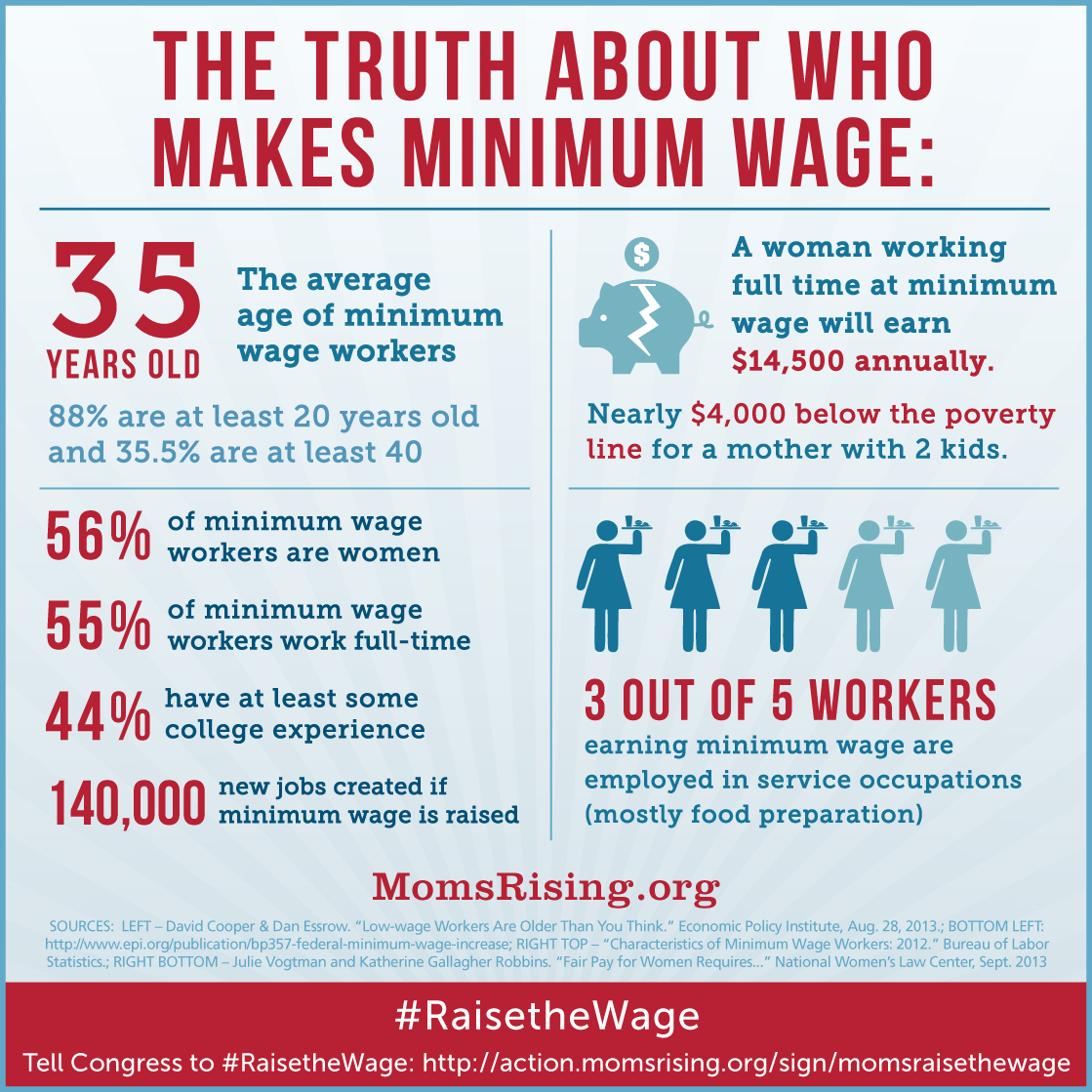 And what about that wage gap? Women already are at a disadvantage, earning less on average than men. The gap only increases for women of color and low-wage workers.

Working moms now make up about 40% of primary breadwinners for American families with children, but are bringing home 23% less than their male counterparts. Less pay means less ability for moms to provide the basics for their children like food, medicine, and housing, as well as longer term needs like college tuition. If you want to close the wage gap and pull families out of poverty, Congress needs to raise the minimum wage, because working year round, full-time at the current federal minimum wage adds up to less than $15,000 per year.

Make your voice echo through the halls of Congress and tell your elected officials to "Raise up women-raise the minimum wage to $10.10."