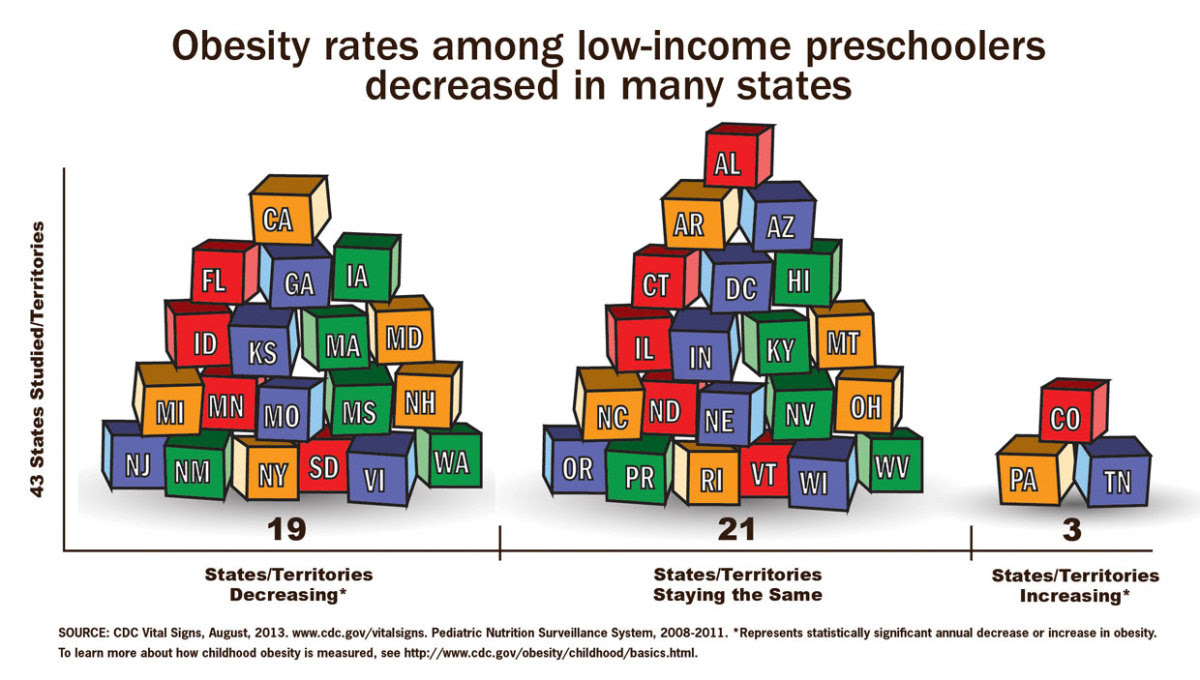 The CDC reported that a national trend of rising obesity rates among pre-school age children may be reversing. However, Pennsylvania continues to see an increase.

From 2008 to 2011, the Atlanta-based CDC collected height and weight data from about 11.6 million children ages 2 to 4 who participated in the Pediatric Nutrition Surveillance System across 43 U.S. states and territories. This week, the government agency published a report showing that, after decades of rising obesity rates, the prevalence had declined in 19 of the 43 states and territories studied and had remained statistically consistent in 21.

But in three states -- Pennsylvania, Tennessee and Colorado -- the childhood obesity rate increased. 12.2% of Pennsylvania pre-schoolers are now considered obese.

The report states that factors such as local and state initiatives focused on nutrition and exercise, as well as increases in breastfeeding, might explain in part the trend reversal. But the report gave no clear reasons for why the obesity rate decreased in some states or increased in others.

Monitoring will continue to see if states that have seen increases will start to see reductions.
breastfeeding childhood obesity obesity