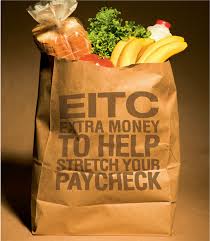 As Congress debates a plan to reduce the deficit, one thing is clear - deficit reduction should not fall on the backs of low-income working families. Yet that is exactly what happened in a budget passed by the U.S. House of Representatives on March 21. The House plan makes a number of changes to the Earned Income Tax Credit (EITC) and Child Tax Credit (CTC) that could end up costing working families billions.

The EITC and CTC help working families make ends meet by both rewarding work and recognizing the additional expenses of raising children. Together, the credits bring $3.6 billion into Pennsylvania's economy each year. Nearly 900,000 families benefit from the EITC and 1.5 million from the CTC.