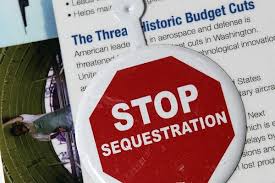 Sequestration is now set to be enacted on March 1. This is a measure that was part of the original debt ceiling increase compromise. A bipartisan budget committee that was assigned to find savings, cuts and revenues available was unable to meet its deadline, so sequestration is what has followed. It is comprised of deep cuts to domestic programs such as LIHEAP and TANF as well as defense spending.

Congress and the Administration are engaged in intense negotiations to prevent this from happening, however, no agreement has been reached. We need to protect critical programs that are vulnerable to further devastating cuts.

Sign the letter asking Congress to avoid sequestration through a balanced approach to deficit reduction that does not include further cuts to NDD programs.
federal budget sequestration workforce