What the ACA Means for You 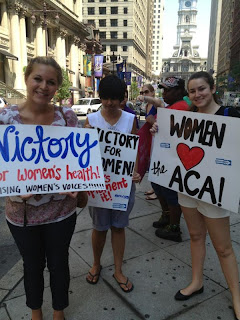 Now that the Supreme Court has upheld the Affordable Care Act we thought we would remind you of the benefits of this bill. Below is a timeline of when aspects of the bill have or will go into effect:

Already in effect:
In 2014:
We also have written A LOT about health care reform over the last few years, see more information about this important bill below: