Have You Had Enough? I Know I Have! 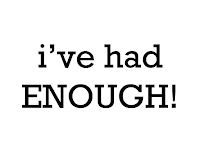 Crossposted from MomsRising.org as part of the #HERvotes blog carnival.

States now have the choice to either allow abortion coverage to be included in the state health exchange – with women having to pay for the coverage with a separate check – or states can exclude it from the exchange completely. Many states have already chosen not to include abortion coverage, forcing those who find themselves in need of an abortion also burdened with paying for the procedure out of pocket. This year, in Pennsylvania, an abortion ban in the state exchange was the Senate’s third order of business. While it moved quickly but hasn’t passed just yet, no other medical procedure was excluded from the exchanges in such a way.

The Pennsylvania state legislature is also considering a bill that would add to the already strict restrictions and regulations that medical centers providing abortions face. The new regulations would require facilities to either make costly changes, therefore increasing the cost of their services, or may even force them to close their doors. While Pennsylvanians need so much else-including access to better jobs and better education- the legislature has spent over 30 percent of their days working to restrict access to a safe, legal abortion.

Throughout the country, women are facing similar attacks on their right to make a choice when it comes to their body. In Pennsylvania, an ever-growing group is saying “We’ve Had Enough”.

If you’ve also had enough, join our campaign. Whether you are in Pennsylvania or another state, speak up and help us declare that we’ve had enough of the attacks on women.