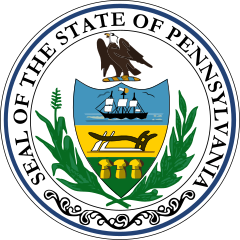 Gov. Tom Corbett achieved the primary goals that he and the Republican-controlled General Assembly set when he delivered his March budget address – an on-time, no-tax increase budget for the 2011-2012 fiscal year, that begins on July 1. The budget and accompanying enabling legislation was basically a product of agreements between the Governor and the House and Senate Republicans, with Democrats generally locked out of the discussions, weighing in with fierce criticism of each piece in floor and committee debates and largely voting against the bills. The overwhelming Republican majorities in both chambers were mostly able to ignore the input from the loyal opposition, pushing their agenda through and overcoming procedural motions that only required a simple majority. Democrats were able to flex their muscles when the rules required 2/3 votes, such as in consideration of “non-preferred” appropriations for higher education institutions such as Penn State, Pitt, Temple and Lincoln, on suspensions of rules to get bills passed on time, and on issues where Republican members had felt pressure from labor and other allies.

The major areas where “savings” are achieved in the new $27.149 billion spending plan (HB 1485) are in the Human Services (DPW) and basic and higher education programs. As the minutes ticked by toward the deadline for Gov. Corbett to sign the state budget, Republican leaders delivered another one of the governor’s budget-related priorities: a reform of the state’s Department of Public Welfare programs, to find a purported $400 Million in “waste, fraud and abuse,” by giving Welfare Secretary Gary Alexander nearly unfettered authority to make changes in benefits, without having to endure the regulatory review process, for one year. Administration spokespersons say that this authority is necessary to realize the savings in this fiscal year, and that the authority does not extend to programs covered by state or federal law, but fears among providers have been raised, as to what the Department will consider “waste, fraud and abuse”. The changes were outlined in a last minute amendment to HB 960 .

The legislature returns in September, to deal with a host of other issues, including a Marcellus Shale tax/fee/whatever and school vouchers. More on this as it develops.

Gov. Tom Corbett signed into law the first of several bills this month that have been top priorities for legislative Republicans the last few years, and on which Corbett ran in the 2010 election. Departing from the tradition of bill signings in the Governor’s Reception room, and surrounded by nearly 100 legislators and representatives of supporting business, health care and insurance groups in the Capitol Rotunda, Corbett signed Senate Bill 1131, which changes Pennsylvania’s current policy of joint and several liability. SB 1131 levels the playing field by disallowing joint liability in cases where a defendant is less than 60 percent legally responsible. Under the new law, defendants could still be held fully responsible, regardless of the percentage of their legally-assessed responsibility if they intended to misrepresent or break the law; or they released a hazardous substance; or they violated the state liquor code. “The “Fair Share Act” is a key component in addressing one of the most important issues to Pennsylvania, jobs,” Corbett said, before signing the bill.
education legislation PA Budget FY11-12 PA DHS (formerly DPW)