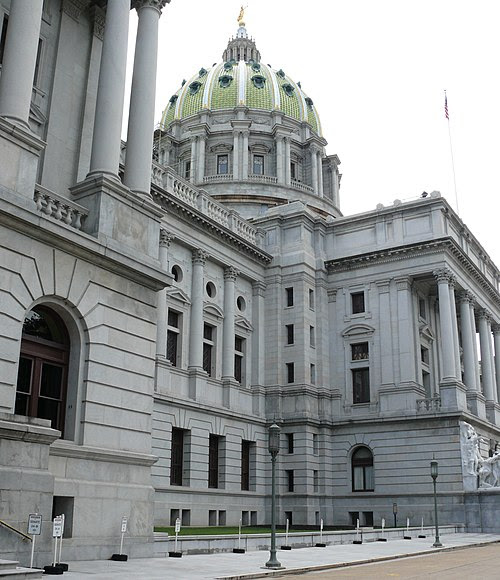 This week, legislators at the Capitol focused not only on Pennsylvania issues but addressed international crises as well. Lawmakers heard testimony regarding the state’s growing gambling industry, and liquor industry.

Senior staff from both the State Employee and Public School Employee Retirement Systems (SERS & PSERS) testified before the House Appropriations Committee Tuesday on their 2011-12 budgets and the issues facing their investment plans. Discussion largely focused on the impact on the systems of the various global events, including Sudan and Iran divestiture legislation enacted last year. Both assured the members that they are continually assessing the global markets and adjustments are made as needed. Members also explored options to reduce costs in the system, but were continually stymied by the constitutional prohibition on reducing benefits of current members.

According to an article in the Pittsburgh Tribune Review, Pennsylvania Liquor Control Board and House Democratic leaders said on Tuesday that the system of state stores is too valuable to turn over to private operators as many top Republicans are pushing to do. “To now divest ourselves of that business and lose $500 million a year in profits doesn’t make sense,” said Rep. Mike Sturla, D-Lancaster, chairman of the House Democratic Policy Committee.

According to an Associated Press article, an analyst says Pennsylvania’s growing gambling industry is bringing stiff competition to the casino industry in Atlantic City, N.J., and that the state could surpass struggling Atlantic City in terms of gaming revenue sometime next year. Andrew Zarnett, a managing director at Deutsche Bank Securities, told the Pennsylvania Gaming Congress and Mid-Atlantic Racing Forum on Tuesday that Pennsylvania could overtake Atlantic City as the nation’s second-largest gaming market sometime next year.
PA Budget FY11-12