This Week in the PA General Assembly 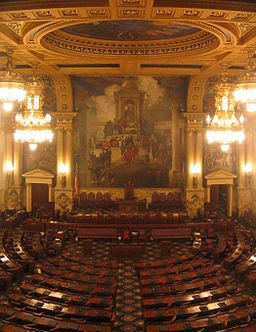 Pennsylvania’s legislators returned to Harrisburg on Tuesday, January 4 for swearing-in day and to kick off day one of the 2011-2012 legislative session.
The day consisted of various activities and receptions throughout the Capitol complex. Speaker Sam Smith advised new members to “keep your feet on the ground and be mindful of why you wanted to be here and why the voters elected you.” The new House Majority Leader Mike Turzai, said he hoped both parties would seek “common ground” to restore fiscal stability and be more responsible about how taxpayer money is spent. The only piece of business conducted during the day in the House was the passage of House Resolution 1, which made internal rule changes spelling out the mandate not to engage in campaign work on legislative time. On Wednesday, January 5, Lt. Gov. Joe Scarnati made an announcement for a special election to be held on March 15, to fill the 11th Senatorial District seat of the late state Sen. Michael O’Pake, whose four-year term expires at the end of 2012. O’Pake’s district covers Reading and the eastern half of Berks County.
legislation