Benefits Set to Expire for 17,991 Philadelphians – Urge Your Members of Congress to Extend Unemployment Insurance 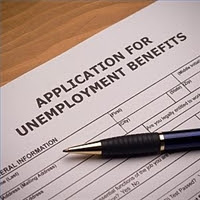 However, despite the need and benefits of the program the Pennsylvania Department of Labor’s Center for Workforce Information & Analysis estimates that unemployment benefits for 17,991 Philadelphia residents will expire in December. That figure far outpaces the cumulative total of 11,163 Philadelphians whose benefits expired between January 1 and August. 31.

In addition to the enormous jump in December, the increases will continue through April 2011. In January, 15,607 residents will lose unemployment compensation, followed by 11,272 in February 2011, 9,104 in March 2011 and 6,936 in April 2011. The numbers will also increase in the counties surrounding Philadelphia.

The significant increase in those losing benefits is due to the expiring of emergency unemployment compensation. This benefit is primarily for people who lost their jobs during the beginning of the recession. Congress can keep the program going for tens of thousands of Philadelphians and hundreds of thousands of Americans by extending the program. With only a few session days left before the program expires Congress must act quickly.