In Every State, Women Continue to Earn Less Than Men

By KVS - October 27, 2010
According to 2009 Census data, women working full-time, year round in every state continued to earn less than their male counterparts. The chart below shows the wage gap state by state. 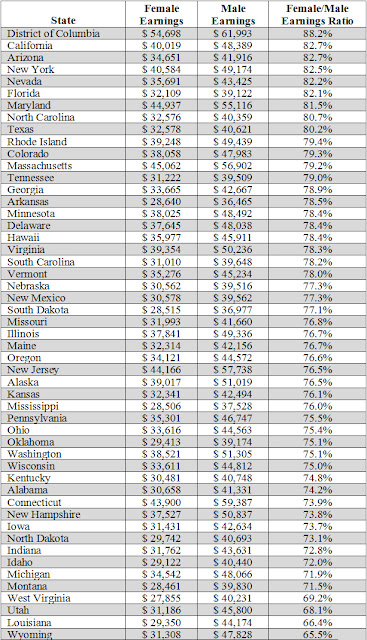 Today more and more families are counting on women’s earnings, as women are half of all U.S. workers. Mothers are the primary breadwinners or co-breadwinners in nearly two-thirds of American families. Unfair pay practices make things even harder for families in this tough economy.