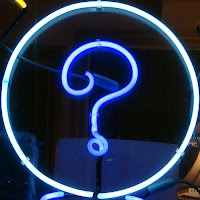 The proposed vote on Federal Medical Assistance Percentages (FMAP) that was originally scheduled for yesterday has now been moved.  It may take place as early as tomorrow.  However, this vote will pose a dilemma for many, as it may cause one important program (SNAP, also known as food stamps) to lose money in order to fund another.

FMAP, as we have discussed many times, is a critical component of the Pennsylvania state budget as it stands today.  Through FMAP, which provides matching federal funds for certain state social programs and insurance, Pennsylvania expected to fund $850 million of the state budget that passed in July 2010.  The Commonwealth will probably receive only 75% of that funding if FMAP is passed by the Senate, which will create a $255 million budget shortfall.  However, it is still critical that FMAP pass so that Pennsylvanians do not face cuts to even more services.

At the same time, funding FMAP through cuts to SNAP poses many challenges. Under the proposal, $6.7 billion could be cut from the SNAP program.  SNAP serves 40 million Americans nationally, and 83% of households using the SNAP program nationally include a child, an elder, or a disabled person.  The number of people using SNAP in Pennsylvania grew by over 100,000 between FY 07-08 and FY 08-09.  In effect, the result of using SNAP to fund FMAP would be to take funding from food insecure households to pay for other services, which would still leave a need for food services in the state.

Please take some time today to contact your Senators about this complicated issue.  While FMAP is important to our state, so is SNAP.  Both programs contribute to household security, economic activity, and overall well being in Pennsylvania.