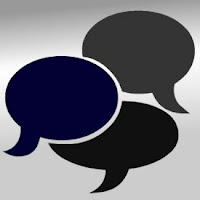 Still interested in talking about health care with others across the country? The New York Times website now includes a place for individuals to share their thoughts and reply to others' about health care.

Health Care Conversations cover such topics as employers and insurance, women and health care, abortion, medical malpractice and tort reform, and Medicare. Under each topic, there is a summary of that issue along with questions to which people can respond. Below is a sample of one of the topics:

On Mar. 18 Democratic leaders unveiled a budget reconciliation bill, the final version of their plan to overhaul the health care system. The legislation would reduce the number of uninsured Americans by 32 million over 10 years, according to the Congressional Budget Office, at a cost of $940 billion.

The legislation is expected to reduce future federal deficits by $138 billion over that time period. But Republicans have said that government debt is piling up so fast that the health care legislation would barely make a dent.

What do you think?