Things You Didn't Know Were In the Senate Health Bill

By KVS - December 07, 2009
While a lot of the conversation around the Senate health care overhaul bill has been around the public option and reproductive rights, the bill is full of interesting but little publicized provisions. Below is a list of other pieces to the health care puzzle put together by the Kaiser Family Foundation. 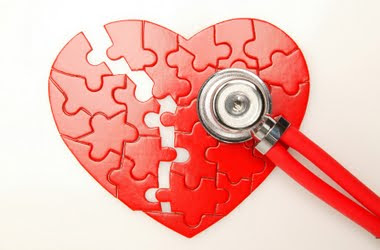 Breaks for Nursing Mothers: Employers would be required to provide an unpaid "reasonable break time for nursing mothers" in the first year after giving birth. Women would be provided a private place, other than a bathroom, to use a breast pump. The provision exempts companies with fewer than 50 workers if the requirement would impose "an undue hardship," a determination left to the employer to make.

Learning To Be An Adult: Being a teenager is tough. The Senate wants to help with a provision allocating $400 million from 2010 to 2015 to help teens make the transition to adulthood. The money goes to states primarily to set up sex education programs and can also be used for "adult preparation" programs that promote positive self esteem, relationship dynamics, friendships, dating, romantic involvement, marriage and family interaction. In addition, the programs can teach financial literacy and other skills such as goal setting, decision-making and stress management.

Promoting Use Of Bone Density Scans: Rapid increases in Medicare payments for imaging services led lawmakers to reduce payments for some services, including those that test bone density. The Senate bill is trying to boost payments, which have dropped by more than half since 2006, for a bone test known as dual energy X-ray absorptiometry or bone densitometry.

Setting ER Prices: Nonprofit hospitals would have to limit how much they charge low-income uninsured emergency patients to the lowest amount they receive from insured patients for the same services. A 2007 study published in the journal Health Affairs showed that many "uninsured and other 'self-pay' patients for hospital services were often charged 2 1/2 times what most health insurers actually paid and more than three times the hospital's Medicare-allowable costs.