A Letter to Senators Re: Senate Bill 850 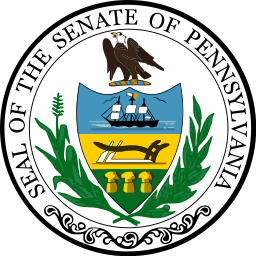 We write today to urge your opposition to Senate Bill 850, a state budget bill that will severely cut programs critical to children and families.

PathWays PA serves more than 6,000 women, children, and families in the Greater Philadelphia area. Our programs endeavor to keep families together and to work with families so they can attain self-sufficiency. Many of the programs critical to the stability of these families would be cut by SB 850.

Compared to the governor's proposal, SB 850 would slash Pre-K Counts by 55% and state Head Start funding by 50%. The bill would slash critical funding for CHIP, child care funding, and county child welfare. With unemployment numbers rising daily, the need for all children to have access to healthcare through CHIP is increasing. Childcare funding is also important, since without it, many parents cannot afford to go to work. Meanwhile, child welfare funding remains critical, especially during recessions, when added familial stress often shows itself in domestic violence.

SB 850 also makes a significant cut in state funding for basic education and seeks to fill the hole with federal stimulus funds instead of building upon the school funding formula under the federal stimulus provisions. In the wake of flat-funding schools, many districts will be left with no other option than to raise local property taxes or cut programs, neither of which are good choices for parents or their families.

In good times and in bad, there should be no greater priority than strengthening investments in programs that benefit Pennsylvania’s children and families. We urge you to oppose SB 850.